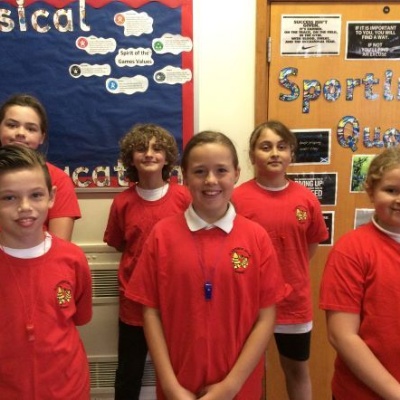 On Friday 30th September Alderman Jacobs School hosted the Sports Ambassador training session. There were six Sports Ambassadors from AJS, four from New Road and four from Park Lane.
The session started with introductions and an ice breaker task which involved the children finding out something about a partner from another school. The children then thought about what their role as a Sports Ambassador should look like and what jobs they might take on back at school. They also talked about taking on the role of playground leader and how it could be set up within their school setting.
After a short break the children then took part in a practical session learning and teaching the rest of the group a playground game of their choice. The ideas they have come up with will now be developed back at school.

The children also had the opportunity to talk about the morning on the Fenland Youth radio which will be aired in two weeks time.

The morning ended with the children having lunch together.